A few highlights from my recent trip 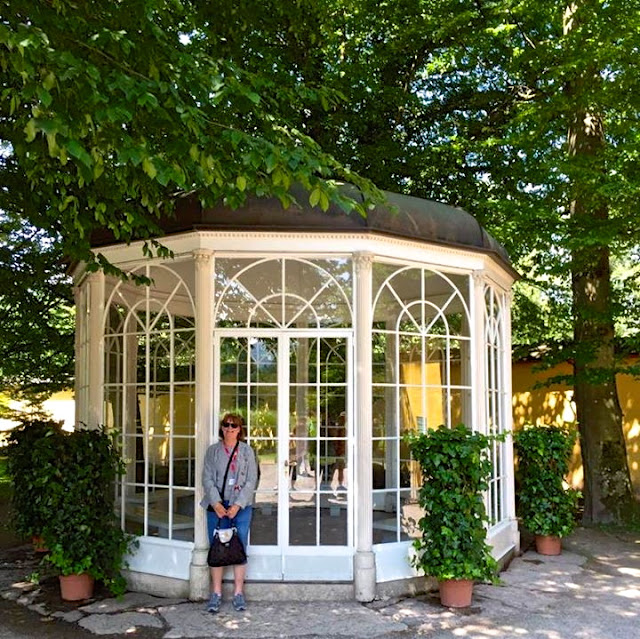 This is a picture of me standing in front of the gazebo that was used in several scenes from one of my grandkids' (mine too) favorite movies "The Sound of Music" near Salzburg, Austria. It was in a park right next to the tree lined road leading to one of the houses used in the film. 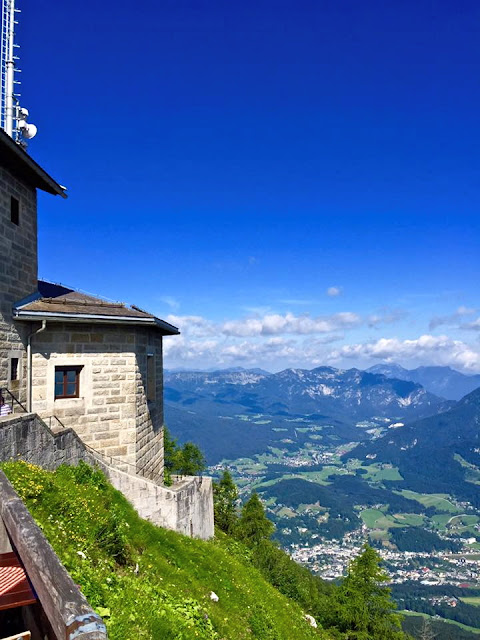 We also visited Kehlsteinhaus, also known as the Eagle's Nest, which was Hitler's mountain retreat, built by the Nazis as a gift for his 50th birthday. It is located just over the border from Salzburg near Berchtesgaden, Germany. This is the only Nazi structure that was not destroyed by bombs after the liberation of Germany after World War II. I took this picture from the terrace. 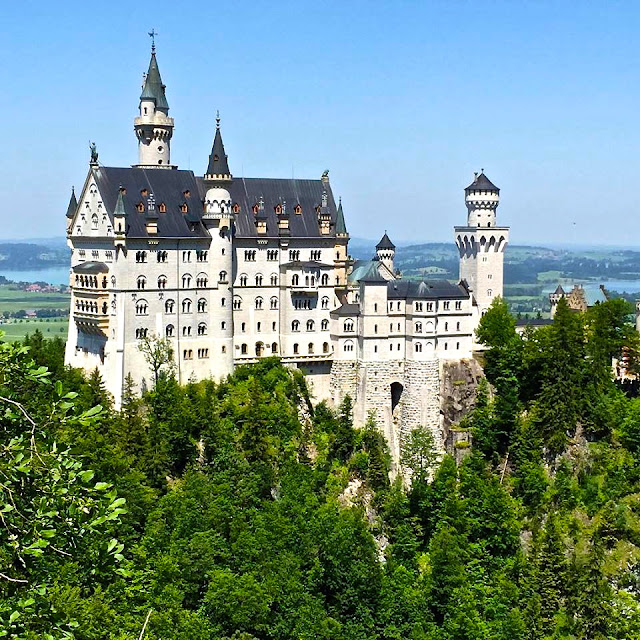 I climbed all the way up to Neuschwanstein Castle which is located above the German village of Hohenschwangau in the Bavarian Alps. I took this picture while standing on a footbridge on the way up to the castle. 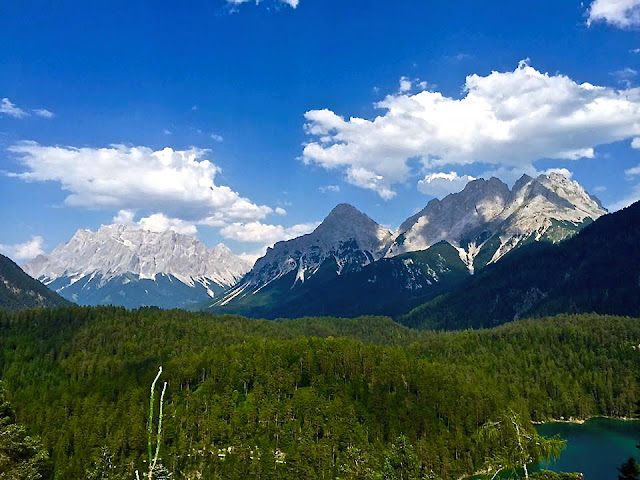 Zugspitzblick is the mountain on the left in this picture. It is in the Tyrol region of Germany and is the highest peak in the Bavarian Alps. We stopped here while traveling through the Fern Pass. You can see part of a pretty alpine lake near the bottom right in the picture.

Please note: I will be extending my blogging break because I will have all of my grandchildren with me for a few weeks during the rest of the summer. We are planning many exciting adventures, so I don't feel that I can devote the time I usually do to my blog. I hope to be back soon! 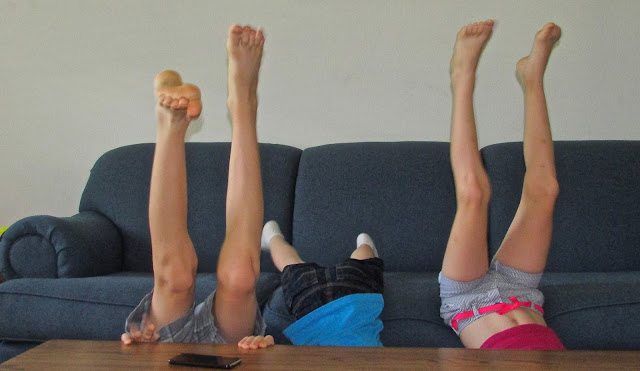 I don't need to even bother to turn on the TV when my three grandchildren are at my house. They are all the entertainment I need. Sorry for the little bit of blur. It's hard to keep those little feet still!

The first day of the month is Theme Day in the City Daily Photo Community. This month's theme is "Upside Down". To see other members interpretations of this theme, please visit the CDP Theme Day page here.

Note: I'm taking another break from my blog to do a little world traveling with my son. Not looking forward to spending almost 11 hours on a plane, but I'm sure it will be worth it once I get there. I will be back soon with some pictures of my adventures!
Posted by Lois at 12:30 AM 28 comments: